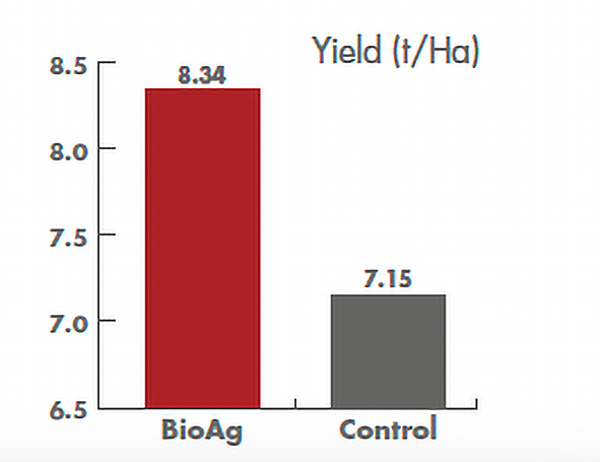 1. 8.3 t/ha yield achieved after stock grazed on the crop in August
2. +17% yield increase above the control

Successful farmers make the most out of every resource available to them. For some farmers, dual-purpose wheat is proving to be one of those resources.

Dual-purpose wheat is a viable option for high rainfall zones and irrigation areas, where farmers are adopting and successfully integrating it into their farming systems.

If managed correctly it can be grazed through the winter months.

This allows farmers to capitalise on the strong commodity pricing for both beef and sheep, while still harvesting a crop at the end of the season.

To maximise the return on investment for a dual-purpose cereal, it is important to have:
1. Healthy plants (above and below ground)
2. A good tiller number per square metre
3. A soil system that can deliver the required nutrients to a rapidly growing crop, post grazing.

The timing of the removal of stock from grazing, growing season rainfall, and the cereal variety all influence the quantity of dry matter produced and grain harvested.

How nutrients are delivered, and how plants access these nutrients plays a key role in the overall productivity of the system.

To evaluate the effect of a BioAg fertiliser program on dual-purpose wheat, a randomised, replicated plot trial was conducted in Campbelltown (Tasmania).

The standard practice for this region was used as the control, and the list of inputs and timings are shown in the table below. 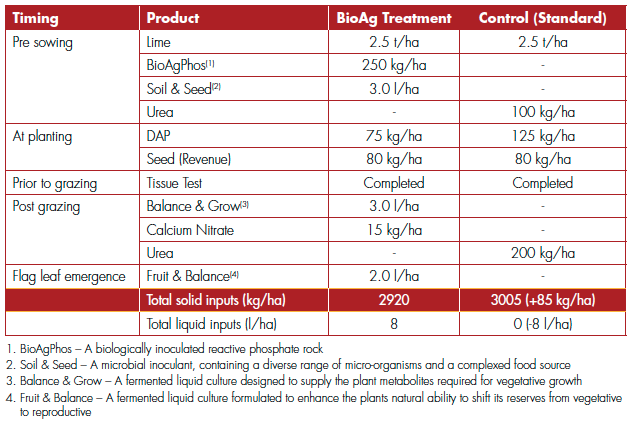 Planting of all plots occurred on the 16th of May 2016. They were allowed to grow, without any grazing pressure until mid August.

Once introduced, stock were allowed to graze up until the 30th of August, which was the growth stage GS30.

The plots were harvested on the 21st of January 2017, with both a yield and grain quality assessment completed.
The BioAg plots increased yield by 17% over the control (1.2 t/ha). 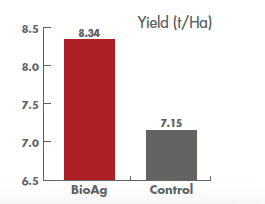 The strategy behind the BioAg treatment was to encourage a healthy and exploratory root system early, and to enhance tiller numbers per plant.

When this is achieved, plants have a greater capacity to respond following grazing with new vegetative growth, and the increased tiller numbers translates to increased grain heads per square meter, and thus yield.

The trial data highlights that the BioAg treatment produced a statistically significant yield response over the control.

This was achieved from improved tillering and recovery post grazing, which can be seen in the grain head count per square metre.

It is also evident that the increased yield and lower late season nitrogen application of the BioAg treated plot has restricted the protein accumulation in the treated area, compared to the control.

The use of BioAg biostimulants and sustained release phosphorous will be evaluated again next season.

The new trials will include an increase in post grazing nitrogen application with the objective of improving protein in a higher yielding crop.

BioAg products have previously been trialled on wheat, with yield increases from those trials averaging 23%.